Shopping Cart
Your Cart is Empty
Quantity:
Subtotal
Taxes
Shipping
Total
There was an error with PayPalClick here to try again

Thank you for your business!You should be receiving an order confirmation from Paypal shortly.Exit Shopping Cart

The Israel Antiquities Authority (IAA) is very proud to present the Leon Levy Dead Sea Scrolls Digital Library, a free online digitized virtual library of the Dead Sea Scrolls. Hundreds of manuscripts made up of thousands of fragments – discovered from 1947 and until the early 1960’s in the Judean Desert along the western shore of the Dead Sea – are now available to the public online. The high resolution images are extremely detailed and can be accessed through various search options on the site.

With the generous lead support of the Leon Levy Foundation and additional generous support of the Arcadia Fund, the Israel Antiquities Authority and Google joined forces to develop the most advanced imaging and web technologies to bring to the web hundreds of Dead Sea Scrolls images as well as specially developed supporting resources in a user-friendly platform intended for the public, students and scholars alike.

The launch of the Leon Levy Dead Sea Scrolls Digital Library comes some 11 years after the completion of the publication of the Dead Sea Scrolls, initiated and sponsored by the IAA, and 65 years after the first scrolls were unearthed in the Caves of Qumran. This digital library is another example of the IAA's vision and mission, to make these ancient texts freely available and accessible to people around the world. The Leon Levy Dead Sea Scrolls Digital Library represents a new milestone in the annals of the story of one of the greatest manuscript finds of all times. 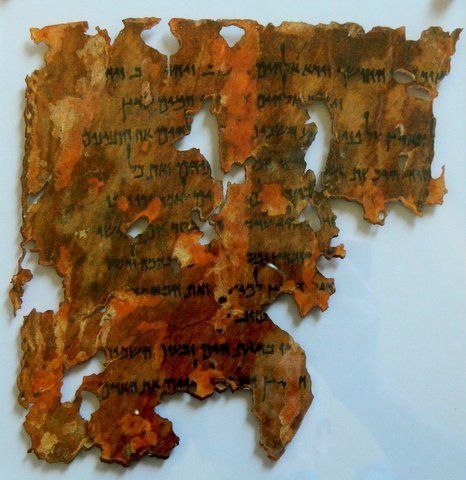 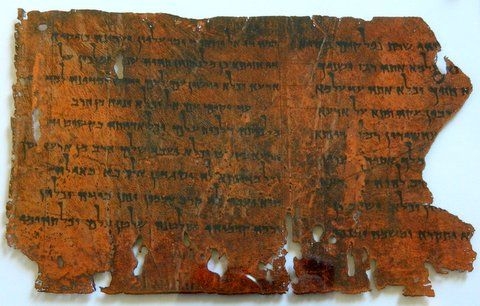 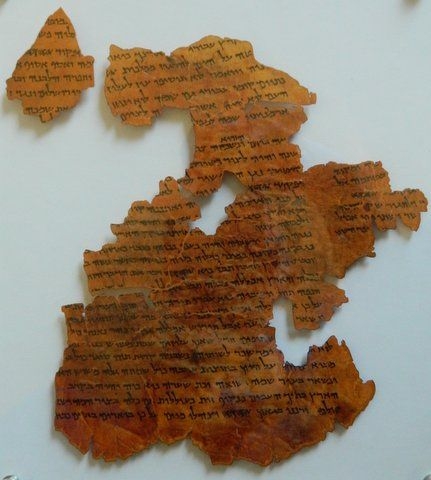 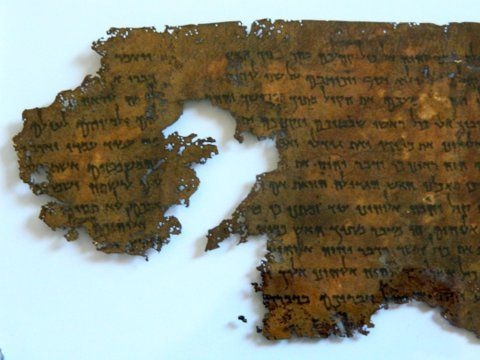 The most well-known texts among the Dead Sea Scrolls are the ancient religious writings found in eleven caves near the site of Qumran. Discoveries from additional sites yielded mostly documents and letters, especially papyri that had been hidden in caves by refugees from wars. While some of these writings survived as nearly intact scrolls, most of the archive consists of thousands of parchment and papyrus fragments.

The Qumran Caves Scrolls contain significant religious literature. They consist of two types: “biblical” manuscripts—books found in today’s Hebrew Bible, and “non-biblical” manuscripts—other religious writings circulating during the Second Temple era, often related to the texts now in the Hebrew Bible. Of this second category, some are considered “sectarian” in nature, since they appear to describe the religious beliefs and practices of a specific religious community.

Scroll dates range from the third century bce (mid–Second Temple period) to the first century of the Common Era, before the destruction of the Second Temple in 70 ce. While Hebrew is the most frequently used language in the Scrolls, about 15% were written in Aramaic and several in Greek. The Scrolls’ materials are made up mainly of parchment, although some are papyrus, and the text of one Scroll is engraved on copper.

About 230 manuscripts are referred to as “biblical Scrolls”. These are copies of works that are now part of the Hebrew Bible. They already held a special status in the Second Temple period, and were considered to be vessels of divine communication. Evidence suggests that the Scrolls' contemporary communities did not have a unified conception of an authoritative collection of scriptural works. The idea of a closed biblical “canon” only emerged later in the history of these sacred writings.

Among the Scrolls are partial or complete copies of every book in the Hebrew Bible (except the book of Esther). About a dozen copies of some of these holy books were written in ancient paleo-Hebrew (the script of the First Temple era, not the standard script of the time).

Many biblical manuscripts closely resemble the Masoretic Text, the accepted text of the Hebrew Bible from the second half of the first millennium ce until today. This similarity is quite remarkable, considering that the Qumran Scrolls are over a thousand years older than previously identified biblical manuscripts.

Strikingly, some biblical manuscripts feature differences from the standard Masoretic biblical language and spelling. Additions and deletions in certain texts imply that the writers felt free to modify texts they were copying.

The majority of the Dead Sea Scrolls were written between the 2nd century bceand 2nd century ce. During this time, different Judean groups struggled to obtain and maintain political and religious leadership. As primary sources, the Dead Sea Scrolls shed light on these historical events and explore the ways that various Jews of the Second Temple era related to the world around them.

Before the discovery of the Dead Sea Scrolls, Second Temple Judea was perceived as a monolithic society. Influenced by preconceived notions, scholars mistakenly thought this idea of uniformity was supported in relevant primary sources, such as Josephus Flavius and other Greek and Roman authors, the New

Testament Gospels, and rabbinic texts. In actuality, these sources offer a picture of diversity which can now be identified and supported by the Dead Sea texts. Specifically, these works allude to a number of different Jewish sects, such as the Pharisees, Sadducees, and Essenes.

The Scrolls clarify our understanding of the fundamental differences between these sects and show just how contrasting their various world views and practices actually were. All of the ancient Jewish groups seem to have agreed about the centrality and importance of the Bible, although their conceptions of sacred literature may have differed. On the other hand, the non-biblical texts show profound discrepancies in the ways that the different groups interpreted their Scripture and obeyed its guidelines. They further our knowledge of ancient biblical interpretation and the effect of historical events on religious life and ideas. The texts shed light on philosophical disputes about issues such as the Temple and priesthood, the religious calendar and the afterlife. More practical disputes were focused on everyday law and observance.

These profound societal debates took place at the peak of the colonial ambitions of the Greek and Roman Empires, against the backdrop of invasion and foreign intervention, from the conquest of Alexander the Great to the Bar Kokhba Revolt against Rome. Many of the Scrolls were written during the hundred years of Judean independence under the rule of Jewish high priests and kings of the Hasmonean dynasty. Domestic and international political unrest supported the notion of the world’s looming destruction. This is the historical context that shaped the writing of the Scrolls and also led to the emergence of Christianity and rabbinic Judaism.